I’ve never been the traditional college student. When I was a freshman at a community college, I changed my major five times. After the fifth major stuck, I only completed one more year before running away from my small town lifestyle to the busy lights of Las Vegas where I thought I would be way happier after hitting one of my rock bottoms. I returned to school after taking time off and graduated with an associates.  I don’t regret getting my associates one bit because it allowed me to earn more in the work force sooner than finishing my bachelors. However, I do regret not finishing my bachelors soon after.

After taking more time off, I started the journey of going back to school full-time while working full-time. I was denied an interview for a promotion based on my education despite already having at least ten years in the non-profit sector. I was disappointed in myself to say the least which just reignited the determination to get my education completed, once and for all. Now, I truly do love school so I can’t say, as much as I want, that I am never going back. I was offered various awards and scholarships to attend graduate schools, but after feeling burn out, this time it’s not right for me. I may go back at a later time, especially as my field ever changes. But for now, I am content with my bachelors and I want to share with you somethings that I have learned along the way. I hope you can apply them to your life to help you be a Money Smart Latina too!

1.I have time. No really, I do.  Going back to school full-time while working full-time seemed to be very daunting at first. And I acknowledged the privileges I had while doing so. I don’t have children or a husband, which do take time. Those are major commitments. When I first started going back to school, I rented a room from a friend and had a very caring boyfriend who lived on the other side of the country. So, it was fairly easy for me to come home and study or go to class after working 8 or 9 hours. However, circumstances changed and it made sense for me to move out on my own and into my very first apartment.

It gave me the space and silence I needed for a very demanding schedule. I also created processes that helped me cut down on time throughout the week like meal planning and batch cooking. Along with processes, I had to cut way back on other activities I enjoyed such as seeing friends for just about everything, reading and any other hobbies I once had, like blogging. It sucked and some of my relationships did suffer. But, I had time when I thought I didn’t and still averaged sleeping 7 hours a night. It was just all about finding it. This does mean I no longer watch TV ( maybe an hour every other day at the most) and I may or may not have gained weight that I need to lose because I stopped working out. Oops.

2. Failure to plan is planing to fail. Even if you don’t go back to school, start using a planner stat. I’ve always been a big planner nerd but I became even more so when I needed to keep track of where I was half of the time and not double book myself. Towards the end of my academic career, I even started planning out what I would be doing hour to hour. This helps you see what you need to get done for the day and keeps you from spending excess time on Facebook and other time sucks. I also have taken to laying out my outfits the night before, organizing my bags ( I have a lunch bag, purse and work bag at any given time), and packing my lunch all the night before. The thing I am still slacking on is reviewing my day the night before just so I can be extra on top of it and not be tempted to hit snooze if time does not allow. People, including myself, waste so much time not being organized so this really does help ensure life goes much smoother.

3. I believe in myself. I am okay. One of the most life changing things that has ever happened to me was when I was attending ASU. I was invited to study abroad in Israel as part as a counter intelligence training program for my dual degree in Criminal Justice and Criminology. At first, I was weary. The program was going to cost at least $10,000 and I wasn’t sure I could fathom that. But, I did everything in my power to ensure I could go. I applied for scholarships, made dozens of phone calls and set up a Go Fund Me. Once I raised the funds, I crammed as much info about Israel and the people as I could before I got there and after.

When I was swimming in the Dead Sea, I cut my foot which later got infected. I had to seek medical treatment and so, when our group was out and about, I found a pharmacy, a doctor and got everything I needed on my own. I’m sure my instructor would have helped me but a lot of people had a gross stomach bug so her hands were full. And, you know, my pride. I didn’t speak the native language and I had absolutely no idea what I was doing, but with fierce determination I figured it out.

I don’t share this quite often, but I have a mental health diagnosis that causes me frequent bouts of anxiety, depression and codependency.  I can be perfectly okay and seem on top of everything and then have an awful week where everyday is a sincere struggle to get out of bed and feed my cat, let alone go to work. A lot of people are surprised because I seem so “high functioning,” which is silly to me. Mental illness looks different on everyone and there is no one general picture of people when they are manic or hoping to sleep the day away.

Going away to a foreign country and having that experience was a game changer for me. Since I’ve been back in therapy, my personal motto has been, “I’m okay.” And while I believe it from time to time, after having that experience getting myself medical treatment, I actually started to believe it all the time. Accomplishing this degree while working full time and keeping my sanity intact meant I was okay. I can write tons of papers and do research and take exams. I can rock in my career and come up with great events while in the middle of finals. And I can have bad days and know that I am still okay.

While I’m glad I finished school, I am even happier that I decided to go back. Any big life event is an opportunity to grow if you allow it. And grow is definitely what I did.

Have you learned anything surprising about yourself lately?
Athena 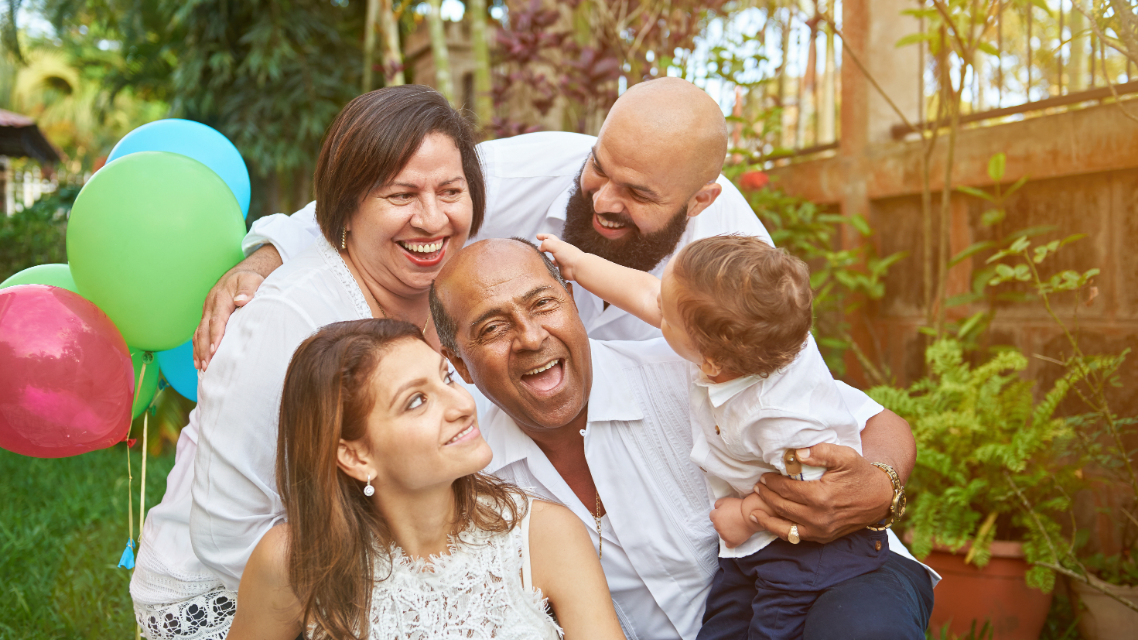 What You Need To Do Before Your Parents Get Any Older

Things I’m Doing To Get Back On Track This Summer