I know I’m totally late on writing about the awesomeness of FinCon but I usually run late in life. So, this just keeps everything in line, right? 😉

For those who may not know what FinCon is, it is the premier personal finance blogging conference. Since there is so much digital media, blogging has become a new way for writers to reach an even more vast audience. I love blogging because I find it can reach a wider audience than traditional media and many media outlets have taken notice of this. Companies such as Business Insider and USA Today have now established blogs on their sites they outsource to writers who started their writing careers by starting blogs such as this one.

While FinCon technically started on Wednesday ( even earlier if you participated in DigiCoLab or the XY Planning Network), I flew in late Thursday and met my BF and friend at the Sheraton San Diego Hotel & Marina located directly on Harbor Island. Along with beautiful views, it was amazing to wake up next to the water everyday and hang out while catching up with friends I only get to routinely see once a year. ( side note: I met BF at this conference years ago so we work along side each other at one of the premier events!) 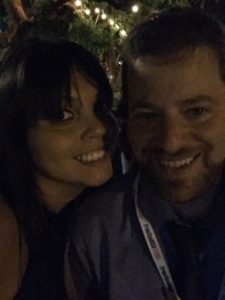 BF and I at the closing party!

Thursday night was spent catching up at the Trade King Kick Off Party held at the Coasterra restaurant about a mile from our hotel. Friday was a bit busier as I had meetings in the morning but I left the hotel to enjoy a nice gluten free lunch with my blogging bestie Jana from Jana Says. BF tagged along but then we sent him on his way back so we could have a girls day of fun before a podcast dinner. Speaking of podcasts, we may have a secret one in the works and I’ll have to keep you informed as things are planned. 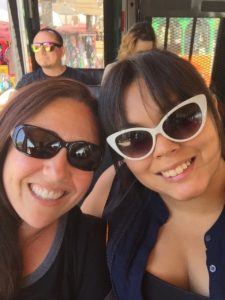 Jana and Athena’s Day Of Fun! 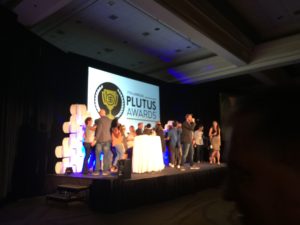 I have to say, this was probably my best FinCon yet and so far, I’ve been to all but one of them, with it being in it’s sixth year. While New Orleans was my favorite location, San Diego is definitely a close runner up. I’ll have more tips this week for attending a conference but I did want to say a few of my takeaways here:

You never know who you are going to meet in your life, especially at conferences. I know plenty of people who have attended this conference along with others and now work full time for people they met while there. Along with working for others, some have met their partners ( I’m not the only FinCon couple!). So put down the phones and make some in real life connections while you can. 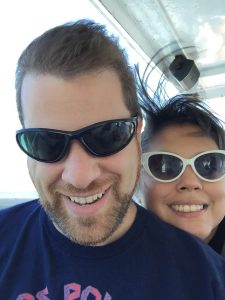 BF and I hunting for dolphins!

What can you provide for others? It’s not the other way around.

A lot of people like to say you are the average of the five people who spend the most time with and like to use this as a way to say you need more established friends. I don’t know if this is true but I do know the more friends I make in my life, the more inspired I am to be a better version of myself. But, asking what other people can provide you, such as a network or earning potential, is not a great way to make a new friend. I suggest working on yourself and being the example of a person who want to actually be around.

Be you. In a big sea, you are the only starfish!

Sometimes blogging seems hard. We are all competing for the same clients writing about the same thing. *yawn* I totally get it but don’t let this deter you. You and I are both different people with different audiences speaking differently and using different examples with a common goal of educated others. There is only one you and you can shine no matter what if you just put your heart into it!

Honestly, I am probably the most scattered blogger on Earth. I come up with great ideas and then promptly forget them. I don’t spend time on what I need to and then feel bad afterwards. But, I realized a lot of it has to do with the fact I get bored and need to shake up my blogging routine, along with mediums I experiment with. Who says I just have to write? Along with starting a podcast, I’m also going to be looking into video and writing a course. Maybe writing isn’t your speed but talking is. Try new mediums and see what you enjoy! The world needs you!

Did you go to FinCon and have a blast like I did?