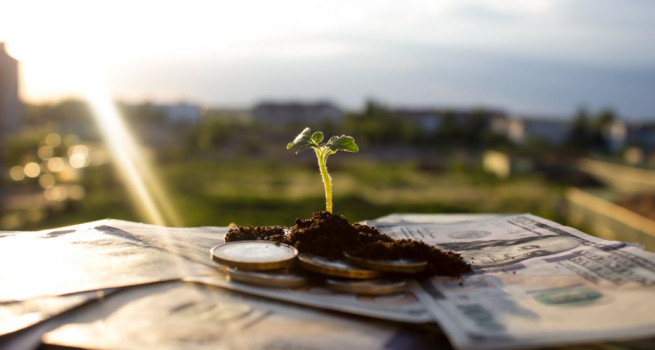 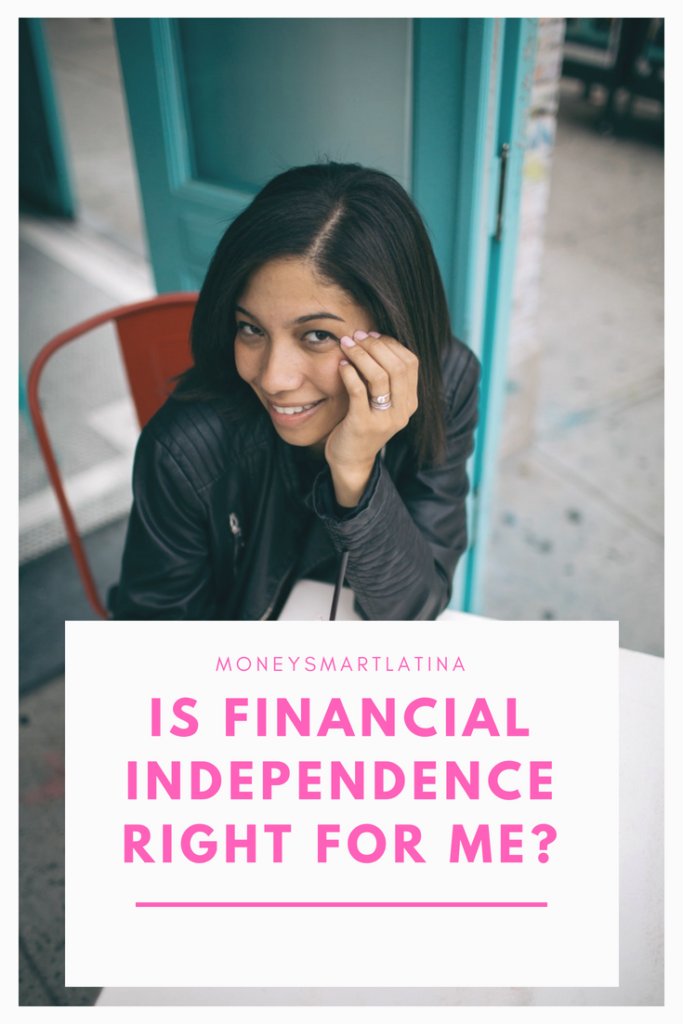 When I had first heard of the term FIRE (Financial Independence, Retire Early) I was baffled. “People actually do this?!” I asked my fellow bloggers. Sure, I knew of people who had worked really hard and sold a business so they didn’t have to work. But, I had never thought of that as being financially independent even though in the grand scheme of things it technically was. My BF is FI and I remember telling him I would never pursue the idea of FIRE when we first started dating. “Why do I want to stop working? I actually LIKE my job!” I sneered. (I’m such a jerk sometimes.)

It’s true though. As a fellow social justice warrior, I do love my career in the non-profit sector. Sure, I don’t make a lot but I love helping others. I believe it’s my life’s mission to help youth who have or have had similar circumstances that I did growing up. As corny as that sounds, it’s what I fully believed and still do to this day. I’m happy at my day job, and unlike so many others. I don’t actually hate Mondays.

But, something in my life has shifted to where I can easily see that FIRE may actually not only be a good option for me personally but something that may actually be needed. An,d something to actually work towards, as quickly as I can, in the next few years. And no, it’s not because all of a sudden I hate my boss or getting up early. (Scratch that, I’ve never liked getting up early.) And it’s not because I all of a sudden want to work for myself or become a millionaire (although I do eventually want to do both of these things in due time. Abundance y’all!) It’s because of my health.

Back In The Day

I’m not going to say I’m this horribly sick person because in reality, I’m not. I can get up every day and go work at my full-time job. I was able to go to college and not earn just one but two degrees in criminal justice and criminology. And I’m able to support myself and my cat. I’m just not sure how much longer my body can keep up without fully crapping out.

I was born a premie to a mother who had severe health issues herself. My mom never waived in having a daughter to raise despite her health conditions which makes her one of my role models today. She was a single mom for several years and didn’t need anyone. But my mom also died when she was 38 due to congestive heart failure and asthma related conditions. One day she was here, the next day she was told she was terminal, then she was gone. For the longest time, I had it in my head I myself was going to die early. And by the grace of God, I am going to live longer than my mother. But I don’t know exactly what my health has in store for me.

As a chronic asthma sufferer, I had strep throat, bronchitis and pneumonia like clock work every year until I was in my mid twenties. Growing up my asthma was awful so when it seemed I had outgrown it, I was joyous. Yes, I thought. No more steroids for me!  I was happy and doing great, like any other twenty year old. Sure, I didn’t treat my body the best but a lot of people in their twenties don’t. But every year, I felt healthier making the changes you make as you mature and become an adult. Then when I turned thirty, everything started to snowball.

I was diagnosed with osteoarthritis of the spine at age 30 due to an un-diagnosed case of scoliosis that just got worse overtime. It was never caught when I was younger but this isn’t unheard of in adults with spinal issues. I was also diagnosed with celiac disease and then at age 31, thyroid cancer. Cancer isn’t something you want to hear ever but you especially don’t want to hear it when you are 31.  People hate hearing this but thyroid cancer is one of the easiest ones to treat and although life without a thyroid sucks, I’m lucky I had a great team of doctors. I lost a friend to cancer only a few months after my own diagnosis and it saddened me that her light was ended so quickly.

Earlier this year, I started having severe chest pain that would leave me nauseous and drowning in sweat. Everything felt like it was compressing and I called 911 several times, twice at work. I felt I couldn’t go on and actually fainted from the pain. But everyone assumed, due to my blood work, it was either anxiety caused by stress or another auto immune issue that makes your ribs pop out. As an anxiety sufferer all of my life, I knew it wasn’t true but went along with it until one night I stopped breathing properly.

Hours later, I was admitted into the hospital with severe pancreatitis and my gall bladder was ready to burst. My blood work had came back fine repeatedly until I went to the ER. Actually, one look at me the last time and they knew immediately what was wrong. After two separate procedures and five nights in the hospital, I was ready to go home and let my BF play nurse. He did a great job but I was in pain and depressed. I had to ask myself some tough questions, which isn’t the easiest to do when you don’t feel well and are mopey. But one question has stayed in the back of my mind, haunting me.

“What If One Day, I Can’t Work Anymore?”

Chronically ill people have fears that others who are healthy don’t. Or maybe they do and aren’t as vocal about it. One of our biggest fears, from the few I’ve spoken with, is what will happen when they can’t work full-time anymore or if at all. This is something that is now starting to worry me. Sure, my health isn’t that crappy compared to a lot of other people. I can live on my own and function and go horseback riding and a bunch of other things. But I also have days where I can’t go to work because I just don’t feel well.

My quality of life has gotten substantially better post gallbladder removal. Like, I never knew something like that could make you so sick for so long. But I’m still worried that my body is running on borrowed time. What if my back gets worse or I get cancer again? What if my body comes down with a different auto immune disorder? Already this year I’ve racked up another diagnosis I didn’t even realize I had. And maybe the rest will be like that. Maybe I won’t get anymore. But maybe, just maybe, I’ll get worse. And just need more days of rest in between days of work than what I’m already reasonably allowed by a full-time employer.

Maybe It Is For Me

It’s with these thoughts I’m here today, questioning if FIRE is for me. I’ll be 33 next month, which isn’t old at all but it’s leaving me time for reflection. I’ve always worked to earn more money and cut my spending just so I wouldn’t feel deprived and could make my income stretch more. And I’ve been frustrated with not being focused on my business ideas or things I’ve wanted to pursue in order to raise my income. But in reality, I might not have another chance if I don’t capitalize on it soon. You can always make money and I believe this completely. I’m just not entirely sure my body will allow it.

Any fellow spoonies here feeling the pinch? Anyone else planning for their health to fail at an early age? What precautions are you taking now so you can be safe later? I’d love to hear your thoughts! 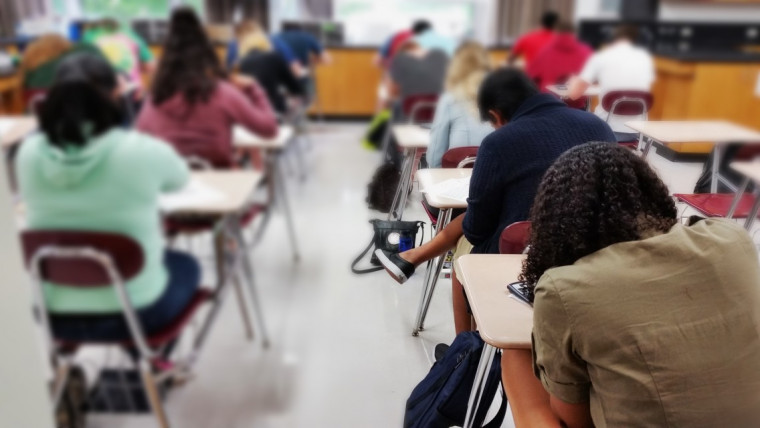 That One Time When My Students Thought Everyone Got Food Stamps 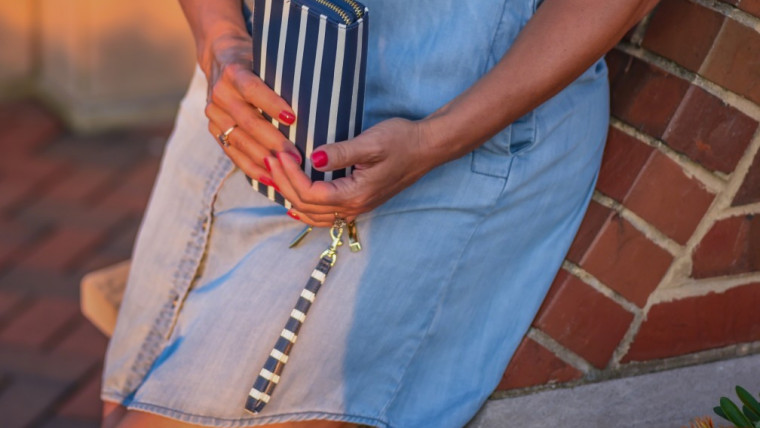