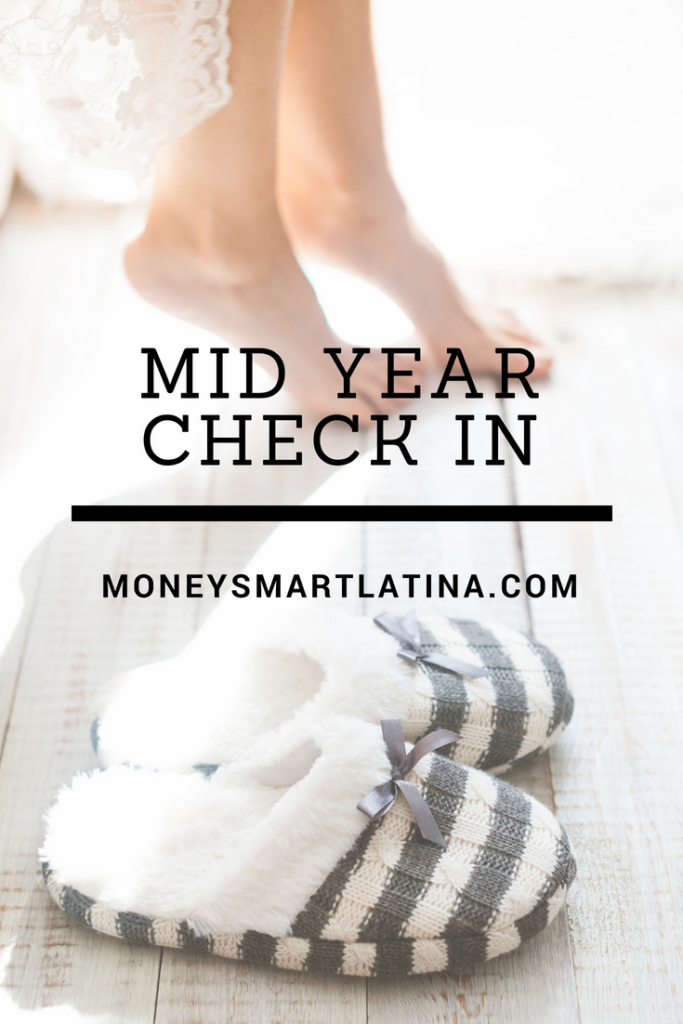 Sooooo. One thing you will never have to worry about with me is honesty. I wasn’t always this honest, but I’m not really good hiding my emotions either. I am, however, really good at saying whats on my mind, being blunt and telling it like it is. In my opinion, anyway. I’m trying to be better about being empathetic and taking what I dish out, but I’m a work in progress. I can however, very honestly, tell you that my goals for the year are not going the way I want them to, and it’s my own fault.

What Had Happened Was…

In January, I sat down and made myself a list of what I felt were very adventurous yet doable goals. Maybe it was too much drinking during the holidays, but I really felt like I had it together. I was ready for some life changes! I needed to accomplish x,y and z. I was going to do it all! And honestly, I probably could have done a good chunk of it, had I focused and did the work. But that was exactly my problem and still is. I’m not doing the work. And I can honestly and fully admit it now. I probably wasn’t ready to, not even a week ago, when I had originally sat down to write this post. But now I’m ready to be raw and share the parts of myself that aren’t the best.

I’m a very codependent person by nature. I love people and I love spending time with others. I value my relationships. But I also hate being alone and I have an irrational fear of being abandoned. Seriously, it’s pretty crazy. If I text you and don’t hear back, I will automatically think you are ignoring me and hate me. My anxiety will kick in and then I wonder what I did, etc. Sometimes, it’s not always this way. I think it depends on who you are and what I perceive our level of friendship to be. But also, I use my codependency, and my focus on other people, as a way to procrastinate and not deal with myself.

I’m quite the yes man. Yeah, I’ll hangout! Yeah, I’ll go on that trip. Yeah, let’s do that concert. Yeah, let’s do whatever you want! Now, in my friend’s defense, no one will honestly be mad if I tell them no to something. No one expects anything from me. They wouldn’t because I have great friends! That’s the beauty about being in your thirties. Most of those superficial relationships, if not all of them, are gone! You have more important things to attend to, like babies! Or drinking! It’s way easier to go party with your friends because you genuinely love them and suffer from FOMO. It’s also way easier when you don’t want to focus on what you’re feeling, why you don’t work on that business or anything else you said you were going to do.

I’d like to point on, not to be a victim or make excuses, but I am also chronically ill. And if you’ve ever been chronically ill, you know it’s truly a shit storm. Every month, I spend hundreds of dollars between doctor visits, therapy,  prescription medications, insurance and other random things needed, such as supplements or over the counter medications. My lack of a thyroid doesn’t do me any favors and neither does my any of my other random auto-immune issues, lack of sleep, and chronic back pain due to my spine turning in and osteoarthritis. I didn’t even mention my mood disorder yet, which leaves me feeling highs and lows a lot stronger than others. When I get going, watch out!

I’ve felt 1,000,000 times better since my gallbladder came out in May. My chronic pain and flare ups sincerely haven’t been too bad. But being chronically ill is a time suck. When you don’t feel good or are in pain, it’s hard to focus. It’s easier to mindlessly check out then it is to be productive. Like write on your blog. Or pretty much do anything else.

How Bad Do You Want It?

Now that I’ve made enough excuses, I’ll share my wake up moment.

As much as I haven’t worked on my business and finances, I have worked on some other goals. For instance, I’ve been actually able to lose weight and keep it off for the first time in years. I can’t even share how good it feels to have people I see all the time notice my weight loss. The summer heat hasn’t hit me as bad as it usually does because I’m staying hydrated. And as much as I can mention my mood disorder, my medication has been working and I’ve been ableto actually put into practice what my therapist says. That alone is such a major accomplishment! As well as being able to stay focused at your day job! As a result, I was promoted the week after I came back from gallbladder surgery. But, I still had to have an ugly talk with myself and it started after listening to a Joel Osteen podcast.

I love Joel Osteen. I know a lot of people can’t stand him but that’s not the point of this blog post. The point is I love him and I listen to his podcast every week in my car during my commute. One of his more recent episodes was called “How Bad Do You Want It?” The whole message behind his sermon was to ask yourself how hard you were really working towards your goals and if your words matched your actions.  He gave the example of a man who wanted to live in New York City and decided to write letters to a chain store to ask if they were hiring. Obviously, this was in the days of pre-internet.

The man crafted a letter to express his intention to move to New York City post his high school graduation for college and wanted to inquire about any potential job opportunities. Once he acquired the list of stores, he started mailing the letters one by one, to multiple locations. No one responded yet he continued to send. He assumed since there were so many locations in New York City, one would be bound to write him back eventually. Every day, until he moved, he sent a letter, for the entire summer.

Once he had arrived in New York City, he had decided to follow up with a few of his applications. A manager referred him to their corporate office where they did the official hiring and after requesting an interview, a hiring manager asked him to come on back off.  They opened their office drawer to dig out a file and in the file were dozens of his inquiry letters, which had been forwarded by the store managers to the HR. “We knew you’d eventually be here,” he explained, “and we wanted to share with you that your letters had indeed been received.” Needless to say, he was hired.

I firmly believe God does not show you things until you’re ready to hear it. For me, so many times in my life, this has rang true. It may not always be the case, but eventually, you realize something that you once had blinders on about. Listening to this podcast made me question myself, my intentions and my quality of work, in all aspects of my life.

It’s hard to be on and 110% in all areas of life. It’s impossible because something always has to give in order to allow you to work on something else. And I can honestly say I have not been giving my all to my business or my finances. And that’s why I’m not farther in my goals in regards to these two areas. I let everything come before these things and then make excuses as to why I can’t do something and then go goof off instead. In good conscious, I can’t ask myself why don’t I make money like other bloggers because I don’t work like a lot of other bloggers. I say I want my brand and story to grow, I want to help others, and then I let something else take my attention away. And that’s not on anyone else, that’s on me. That’s me being reactive and not proactive, in my own life. Enough is enough. I need to stop standing in my own damn way.

Where Do I Go From Here?

I’m not entirely sure where to go from here, to be perfectly honest. There are six months left in the year. I could keep trying to rehash the same old stuff every month and then come up short. It’s not a great way to stay motivated, that’s for sure. Or I could take my current goals and divide them in half. I’m not entirely sure, as I’m still not making a ton of extra income and the majority of my financial goals were based on that. I know, that’s my fault.

So, there you have it. Please don’t stone me too bad. I’m going to try harder and I am working on a solid plan, beginning with baby steps and by trying to keep the end in mind. Because that’s how I’ve been able to keep the weight off as well as do other things in my life. I think I just need to be nice to myself and stay committed.

What do you think? How do you practice commitment and follow through?

This Old Mare Ain’t What She Used To Be

Does My Spending Align With My Values?