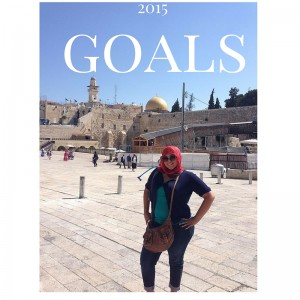 I would say that I can’t believe the last time I posted here was three months ago but in all honest, I totally can. Although I try to stay as involved as possible in the blogging community, through my work as a social media manager for the Plutus Awards or through the FinCon group, my own site suffers because I often put it last on my mile long list of things to do or accomplish.

2015 was a good year for me. That doesn’t mean there wasn’t shit that didn’t hit the fan, or I didn’t have some serious revelations, because that’s not true at all. It wasn’t all sunshine and rainbows guys but that’s life. Really good stuff happens then bad stuff then good stuff again. And as I sit here on my boyfriend’s couch while he cooks me dinner, I can say that bad stuff has to happen sometimes so you can appreciate the good things again. But God, that’s not a challenge, okay? I’m just acknowledging it so please bless me this year. 🙂

I will also be honest and say I completely forgot about my 2015 goals halfway through the year like the rest of America. But, I have looked over them and realized that I still wasn’t an utter failure. I also had found a handwritten list of things I wanted to accomplish and I actually did a lot of those too, which makes me happy. Sometimes, just writing out the intention may be enough to remind yourself to accomplish something. But, next year I am going to take a slightly different approach to goal accomplishing. I’m still contemplating what I want to accomplish in the next year ( besides my major goals, graduating from ASU and trying to grow my online business so I can travel more long term), but other than that, my mind is still up in the air with the possibilities.

1. Regularly make $1,000 in side income. Sort of pass. My side income still averages around $500 per month. At $6,000 per year, that’s nothing to sneeze at for sure. I don’t put a lot of time into my side hustles either, which is nice since I am still currently going to school and working, both full time until May 2016. I haven’t scaled my online pursuits mainly because I wanted to keep my sanity but my mind shift towards the end of this year has changed slightly. I still want to keep my sanity but I do want to increase my income next year.

2. Save a $3,000 emergency fund. Pass! However, it’s no longer intact. Moving was expensive and living on my own was more expensive then I had imagined. And then I needed car repairs, dental work and you know, the usual adulting things. This will be a goal again in 2016.

3. Save + spend $2,000 in dental work. Pass! I actually put around around $1,000 into my dental work but will be finishing it up next year. I couldn’t have the final touches done to my pearly chompers because my teeth need to stabilize. I didn’t realize how loose your teeth were even after you had a retainer for months after.

4. Visit H four times. Fail. I didn’t get to see H nearly as much as I had wanted to for a variety of reasons. His apartment pipes burst which had him stuck on the east coast along with his prior commitments and I was given the opportunity to study abroad for several weeks which drained my finances for half the year while I was in aggressive savings mode ( The trip costed $10,000). I also had somethings to figure out towards the end of the year but I was able to come out for Christmas break.

5. Lose 30lbs. Fail. I actually gained 10 more lbs but I haven’t gained anything since March. My health definitely took a back seat while I was working and going to school full time and I have suffered for it. I have absolutely no energy ever and sleep all the time with my cat.

6. Pass all classes at ASU. Pass! I’ll give myself a pass here and I’ll actually be graduating in the spring!

8. Move into my new apartment! Pass! Along with passing all my classes this year and getting ready to graduate, this is the goal I am most proud of. I have lived on my own by myself for almost a year now with my cat. I still don’t have everything I want on the walls but the place is mine, 100%. Between my trip to Israel and moving into my own place, this is where the majority of my cash flow went this year. I am okay with it.