FinX, which is brought to FinCon by the Center For Financial Services Innovation or otherwise known as CFSI, is an event that strives to open consumers eyes to issues that unbanked and underserved populations face when it comes to managing their money. CFSI is an organization that strives to help bring to light on areas where traditional banking, and the finance sector, are lacking. Which is relatively important to know when someone is writing, or teaching, about personal finance. When I realized I was able to finally participate this year, I quickly signed up and prepared to go all in.

However, this event knocked me on my ass and reminded me of my humble beginnings. Money Smart Latina, who? I quickly remembered what it was like to be unbanked and underserved and it’s a place I don’t wish to ever be again. Unfortunately, it’s a reality for many who can’t break the cycle due to no fault of their own.

Unbanked is just as it sounds- it means a person who doesn’t have access or chooses not to have a checking or savings account in their name. It sounds ludicrous in today’s online world but the reality is you can get away with not having a debit or credit card. I know first hand because when I was younger, I was unbanked. It sounds scary and stressful because it is. Not only do you have to look for alternatives to access your paycheck, but you also have to look for alternatives period. Without a checking account, you are locked out of traditional lines of credit, financing and many other financial products. Think about all the things you currently use your debit card for and now imagine not being able to secure one. How different, not to mention difficult, would your life be?

Underserved is a bit trickier. How does one who has access to financial institutions and products still struggle? Glad you asked! Millions of people who are underserved are denied access to prime financial products due to their non-prime lending status. Your income level, credit score, and credit report can all work against you.  So when it comes to asking for financial institutions to trust you, with any type of credit or loan? The odds are not in your favor. Banks are like a bad ex-boyfriend. Sometimes, they’ll never talk to you again. And the ones that will? They’ll try to swindle you out of every last penny and nickel.

Bottom line? If you belong to either of these, it’s going to be expensive for you to access your cash.

After the presentation given by the CFSI team, we were then split into teams to do the group activity out in the field. Our task? Complete a list of errands using tools that people frequent when they don’t have regular access to a checking account or other financial services. Seemed easy enough, right? It was until they let us know the following two things:

I’m competitive and a school teacher by nature so I grabbed the packed to read to my team. I swear, they had some patience for my teacher’s voice. Justine from Debt Free Millennials and Chris from Popcorn Finance, I owe you a drink for being the absolute best.

The Competition Heats Up

After we jumped in an Uber, we began to strategize what companies we would try our luck at first. We had two checks to cash (a payroll and a personal) with both funds tied up in Chase accounts so we thought it would be our best bet to start there first. We ran into a few of our opponents from another team, and they expressed extreme frustration before we had even started our transactions.

Trying to stay focused, we worked as fast as possible to accomplish what we could. Justine was able to cash her check for free (it was a personal check for $15) while Chris had to pay a fee on his payroll check ($8 fee). Both checks were being cashed against Chase accounts but we couldn’t get the fee waived. While they were cashing checks, I asked how hard would it be to get a checking or savings account using an  Individual Taxpayer Identification Number and not a social.

The answer? Pretty hard. Chase, and the few other banks plus a credit union we spoke with refused unless we had a social. The same went for getting a loan at ACE financial. They wanted a valid checking account and a social security number from you. Well, this was promising. If we didn’t have a social for any of this, we were screwed. Despite being able to work in the U.S and pay taxes. (Note, this is not all financial institutions, just the ones we spoke with)

Speaking of fees, it seemed that’s all we did. Get hit with excess fees. If we so much looked at something it was a fee. Almost $30 of our $85 we originally started with was ate up by fees. We ended up almost paying 30% of our own money to access it. All because we lacked a checking account.

By the time FinX was over, and my team sadly did not win (But I’m pretty sure we were second place!), I was exhausted and angry. I already knew I was going to be angry but I didn’t realize how damn exhausted I would be from this activity. I was so exhausted that while running back to the meeting room, my legs gave out. Thankfully, I didn’t fall. But best believe I was sucking down my puffer while going over our numbers.

My two biggest takeaways were:

How the hell can people legally charge people so much to access their own money? Not only do they charge outrageous fees because they can, they also target people to spend even more! Do you think people in good financial shape would be cashing their paychecks at the grocery store? Probably not. But let’s throw lottery tickets all over the counter so they can spend money they don’t have in hopes they’ll win big.

Also, I’m sure people who live in poverty don’t have health conditions because they are in said poverty. I’m pretty sure it’s stress related. Because having to run all these errands in a time frame right when you get paid before the money runs out? Trying to find the place that will charge you the least amount to access your own damn money or pay a bill? It’s exhausting. I almost got hit by a truck by not paying attention. You know why I wasn’t paying attention? I HAD TO FIGURE OUT HOW WESTERN UNION WORKED.

The sad reality of this whole afternoon reminded me why I started Money Smart Latina in the first place. I remember dozens of young Latinas who looked just like me who couldn’t understand how I bought food without food stamps. They weren’t trying to game the system or brag about welfare, like so many people claim those who receive assistance do. They honestly just thought it was the currency to buy food. It was all they had ever known in their neighborhood.

The truth is, if this is all you know, this is all you know. If you don’t know how a checking account or any financial service works, you aren’t going to know unless someone sits you down and explains it to you. What if all of your life your parents told you not to trust banks? What if no one ever spoke to you about loans or credit, because they paid for everything in cash? Is it a big surprise that a lot of people lose access to traditional banking services or screw their credit up before they even have a chance?

This is peoples everyday. I was reminded of that  while I sat at a Western Union portal and overheard another woman crying. Here I am, first world problem-ing it up, not being able to type on a screen. Here she is, telling customer service she lost her entire paycheck to wire fraud. She sent her paycheck as a deposit for a loan and everything was gone. She was sobbing and asking how she was going to pay her rent.

My heart broke. This was her reality. She’s doing the best she can given her circumstances. How dare I or someone else tell her to pull herself up by her bootstraps if she’s literally just trying to survive?

A Call To Latina Action

As I walked away from FinX, and the FinCon conference in general, I realized something about myself. I’ve been doing it all wrong. I’ve been doing wrong to the people I wanted to help the most. You. Me. The next generation of Latinas, who look just like us.

I got so caught up in writing about saving money, and living frugally, I forgot something I realized at dinner one night at FinCon.

It’s true and it hurts. As a Latina. I statistically earn 53 cents to every dollar a White, Non-Hispanic male makes. According to Labor Council for Latino American Advancement, we suffer the most from the gender pay gap. Can you believed it? Our vibrant, full of life souls aren’t earning what we should still, in 2018. Our mamis did not save and scrimp for us to be here. And neither did we.

My new mission with Money Smart Latina going forward will be to help the Latinas be “money smart.”How? By acquiring wealth ASAP. Along with earning more, I’m going to start talking about investing & helping you make smarter choices for the future while still living life like the chingona you are. I truly believe in order to be financially healthy, we can’t forget about our emotional, mental and physical well begin as well. We are such passionate people, our souls radiate with passion and touch everything we do. We must be healthy in all areas so we can kick ass.

As Cardi B says, “I be in and out them banks so much, I know they’re tired of me.” Let’s get it Latinas. 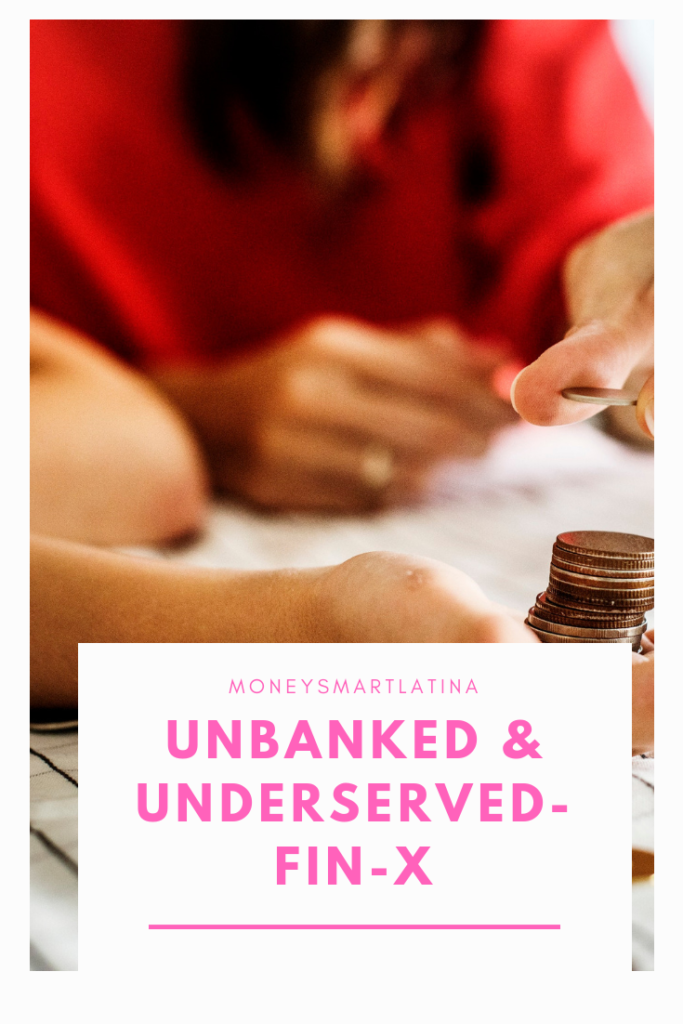 Budgets & Cats: How To Save Money On College Expenses