From 2012 to 2013, I moved four different times. These moves included moving across cities and two different states. After moving into a brand new home with my then-fiancee, I had decided I wanted out. Most of my belongings were still in boxes and with the help of my best friend, I lugged them to her house. After a few months, I jumped into a relationship with my old boyfriend from high school. This prompted me to move to a different state three hundred miles away. And once that (shockingly) didn’t work out, I moved again. This time, another friend.

Moving so many times in less than two years was utterly exhausting but good for me. It was during this time that I actually learned to let go of stuff. Growing up, both of my parents were insane pack rats. We kept everything and anything, and it was hard to let stuff go.  After my mother’s traumatic death, I felt the need to keep whatever I could of that she owned. Even if I didn’t like it, I kept it.

By moving, again and again, I was able to ask myself tough questions and actually give stuff away. And now, I’d like to share some of my wisdom with you. 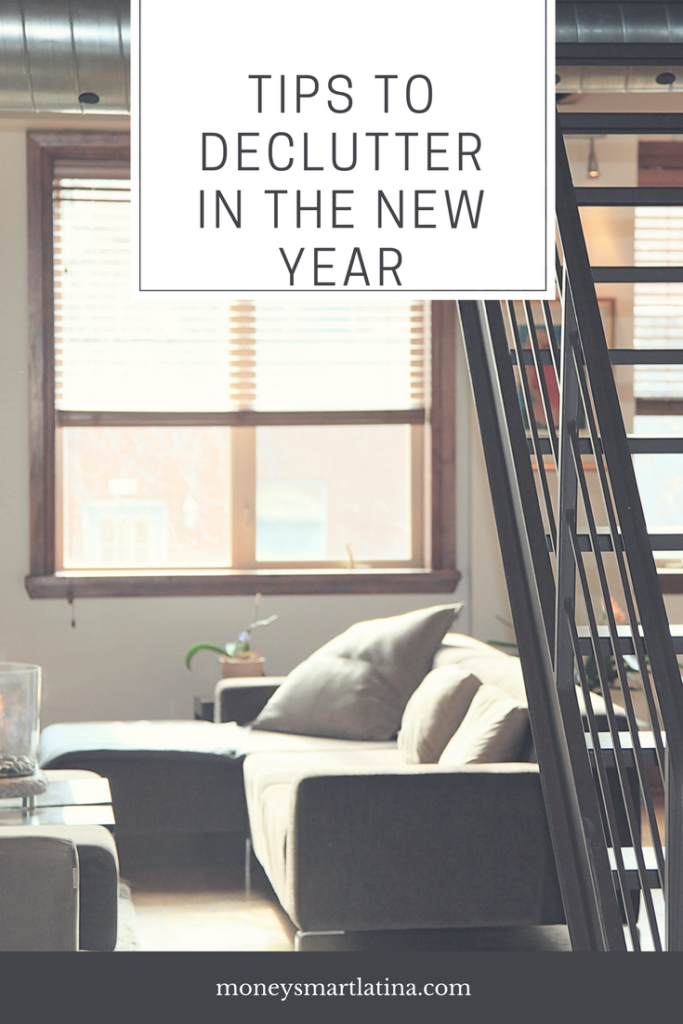 Something I can’t suggest enough is finding the time to actually conquer your decluttering process. Depending on how many items you have or how big your space is, you might need a lot of time.  For instance, it took me months to do my first declutter because of how much stuff I had accumulated for years. I did daily challenges because time was so scarce and I had a hard time letting go. My last move into my apartment resulted in a decluttering session that only took an afternoon.

Pace yourself and give yourself time to actually declutter something. Block off a whole weekend if you can and buy yourself fun snacks. I would also allow yourself something easy for dinner, like a frozen pizza or take out. It’s best to keep your energy on your decluttering mission.

Figure Out Why You Are Keeping It

Ask yourself why you are actually keeping items you have been holding on to. Do you think you are going to need 20 pens? Maybe if you write a lot and don’t buy them. But if you’re picking up pens all of the time, and don’t write, there may be something else more at stake.

Some people keep items because it helps them feel better about something. I kept a lot of my mom’s belongings because it made me feel better. She was never coming back and I had a hard time realizing I would never get another gift from her. When I decided I was okay letting a few things go, it felt easier to let the rest go. Now, I’m happy I only hold on to the things of hers I actually like and associate with good memories. I’d rather cherish a few things than be weighed down by a ton.

When you are holding on to something, be honest about it. Why does hoarding something make you feel more secure? Does it really feel good to keep five pairs of pants or can you be okay with just one? Maybe you didn’t have a lot growing up and have a scarce mentality instead of an abundance one. Often, keeping things is emotional and these emotions may need to be addressed.

Sometimes we keep things because we haven’t had time to throw them away. That’s okay too. You have time now so toss it. When we give the universe space to attract something new in its place, it often gives us something better.

Instead of keeping 20 coffee mugs, maybe only keep the 5 that make you the happiest when you look at them. Keep the perfumes you use the most. And help your pets decide they don’t need five bones too!

When you finally decide on the items you are ready to part with, feel free to separate them into four piles. Each of these four piles has a purpose and that is to give, sell, donate and trash. I separated give and donate into two different piles because to me, a donation pile is just a catch-all for everything going to Goodwill. My giving pile is random items I offered up to my friends and they are going to be receiving them.  I don’t like giving my friends junk or knick-knacks but stuff that’s still nice and beneficial, which they appreciate. Just the other day, my friend and I exchanged a mattress pad for a set of drawers.

A sell pile is for items that have a use you can exchange for monetary value. Examples could be clothing & accessories, furniture that isn’t working out, household items that you no longer need and entertainment, such as books and DVDs.  Along with these items, I have even sold makeup I received for free at a charity event that I wasn’t going to use.

Check out websites such as Thredup which off you credit for clothes, Amazon,  eBay or listing items on Craigslist. I’ve sold textbooks on there, a sewing machine and a purse.

All items you can’t sell or give away but are still in good condition can be donated to various non-profits and charities for a tax write off. Places such as Goodwill will accept donated items and then sell them in their stores to give back to the community with programs such as workplace development. Items they accept are home goods, toys and games, clothes and entertainment items such as books and DVDs. It’s important to not give broken items or things no one can use. These items need to be usable and in good condition to pass on.

If you have an item that is not usable, it’s time to trash it. Trash can be various receipts you don’t need, paperwork that needs shredding, clothes beyond mending and anything else no one could use or want. Sometimes we keep things thinking we’ll eventually fix them or work them out. Newsflash. If you haven’t fixed something in a year, chances are you won’t fix it the next. Clearing your space of this clutter will revitalize you instead of weighing you down.

Organize What You Have Left

Now comes the fun part! With what items you have decided to keep, see how you can incorporate it back into your space while being organized. Your home should be a space you like coming home to. It should be clean, welcoming and being utilized for your lifestyle. An important question to keep in mind is to ask yourself, how can I make this space work for me?

When I recently cleaned out my storage closet, I needed to figure out how I could make it work for all of the items I wanted in there, in a way that didn’t stress me out. One side is used for holiday decorations and the other is used for household items, such as medicine, a stockpile of hygiene products and toilet paper. After seeing what was available to me, I decided to utilize some random Target dollar baskets I was holding on to. One basked now holds my medicines, another my hygiene stockpile and so on. I also was able to utilize a bookshelf a friend gave me by storing items my cat Harrison may need.

If you don’t have storage or organization items, check out places such as Target, the dollar store or Ikea. All of these options are budget-friendly and offer quality items if you pay attention and look. My old roommate completely built her dream closet with items from the dollar store. It can be done if you just look and keep an open mind.

Now that your space is clean and organized, be sure to keep an eye out for clutter to keep it from creeping back in. I’m guilty of having a clean space and then by the end of the week, having to spend an hour putting back items I was too lazy to put away. Take 5-10 minutes a day doing a sweep of items that need to be put back in their homes.

I also keep a small box in my home. As I realize an item is no longer serving me, I put it in the box to deal with at a later time. Then, at the end of the month. I give, donate or sell. It’s a lot easier to deal with clutter once a month for a few minutes than once a year for days.

Keeping an organized and clutter-free environment doesn’t have to be hard. By following the right steps, you can get your place in tip top shape and make your space work for you.